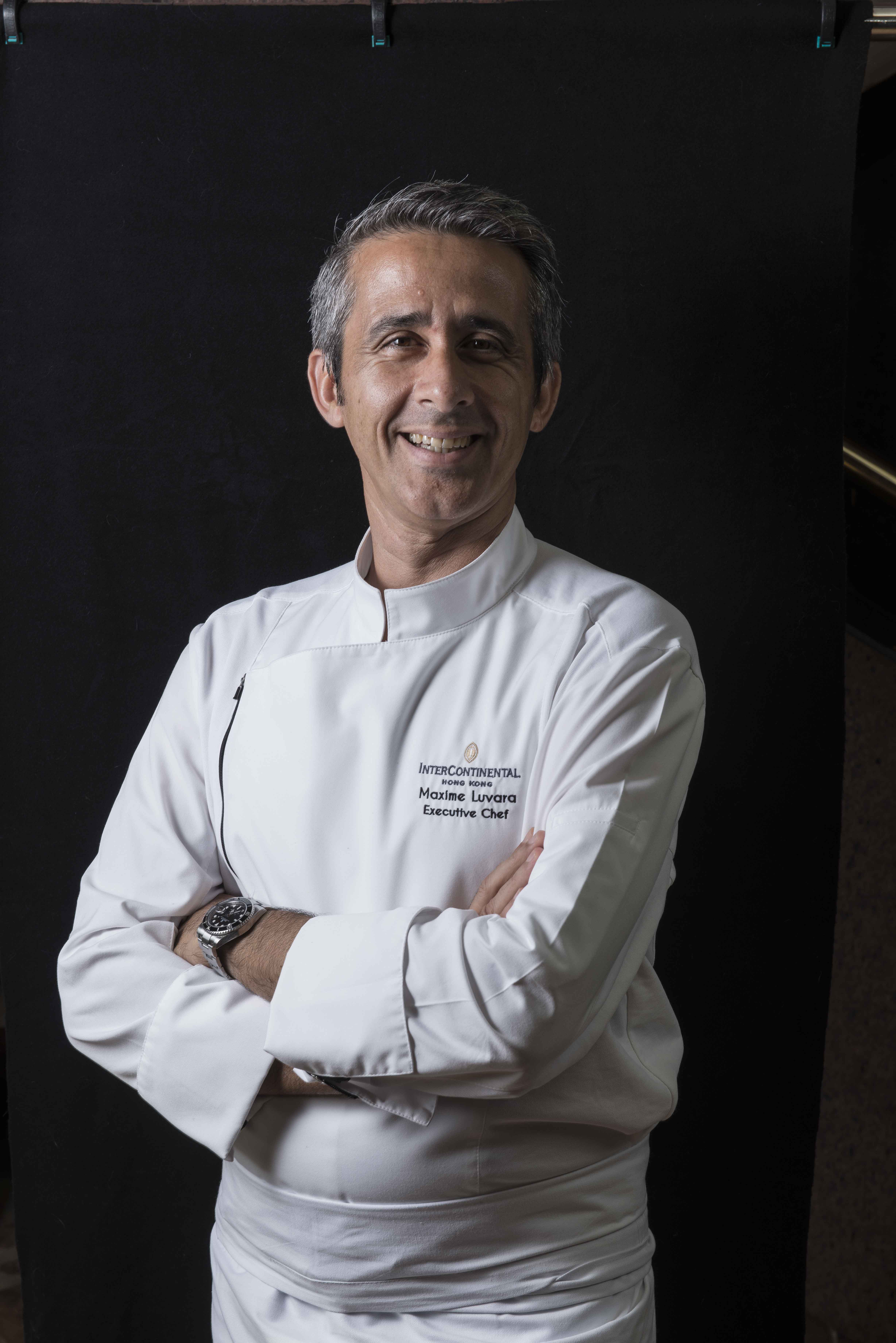 First in our Chef interview series is Maxime Luvara, Executive Chef at Intercontinental Hong Kong. His genuine love for local cuisine and outstanding working experience amongst the world were a pleasure to discover. He is sharing his history with many Top French Chefs, his view on modern cuisine and his unique experience in Mauritius…

1. Was there anything else you wanted to be before becoming a Chef?

Actually, my first passion was painting and I wanted to become a painter. I am still painting now even if my position as Executive Chef of Intercontinental Hong Kong does not let me enough free time to do it.

In a sense, Cuisine is an art too and there are some playful cross over to do. Especially today, as social medias are impacting hotels and restaurants. Guests put as much importance on the look of a dish as on its taste. As Chefs, we need therefore to apply some art to bring a wow effect to our platting and make it more “instagramable”.

2. Where did you start your journey to become a Chef?

My first mentor was my mother. Coming from a large Italian family with five brothers and sisters, Sundays were always a time for gathering and cooking. I always loved to help my mother in the kitchen to prepare sumptuous banquets of fresh pastas, pizzas…

3. Who are the Chefs that marked you?

During my career, I have worked with many prestige Chefs like Jacques Maximin, Antoine Westermann that have influenced me a lot but the Chef who had the greatest impact is M. Alain Ducasse. After working for him at the 3 star Michelin Le Louis XV in Monaco as Executive Sous-Chef, I had the chance to be the one opening Spoon by Alain Ducasse in Mauritius. And this remains a stepping stone in my career and my first experience outside of France.

4. During your journey as a Chef, did your approach to cuisine evolved?

My travels are a source of inspiration for my cuisine. And cooking in different countries for different people needs adaptation.

For instance, when I left from France to Mauritius for opening Spoon, we had a pre-designed standard menu. But I quickly realized that it will be very difficult to implement as staff locally was hardly trained to execute such menu and it was very challenging to find the right ingredients. Luckily the concept of Spoon being “colourful cusine inspired by the spice road”, I had plenty to work with locally as local creole food is originally mixing many influences like Asia, Africa and Middle East with many work around the spices. I started to adapt the menu with local flavors and spices, I sourced mostly local products like sea fishes and chicken, indigenous fruits and vegetables, even fresh local vanilla, and adapted my menu to it. It was a great experience and the outcome, a fusion of French cuisine with creole flavors, was very well received.

Spoon in Mauritius even had been reviewed by Le Figaro, one of France most acclaimed food newspaper, and it named its article “What if the best restaurant of Alain Ducasse was outside of France?”

5. To conclude, a quick word about Clement Design, what do you think about it?

I believe what makes the success of Clement Design is that it really puts the Chefs first. They are always caring about details and bring intelligent innovations to make our life as Chef more enjoyable. I think Clement Design is the future of Chef jackets.